North Bay Movers were fantastic! They moved a large two-door commercial refrigerator for me from one building to another building. It was a tricky move–tight fit, tight corners–but they were brilliant at it. Since I’d just moved the refrigerator six months before, I’ was in a good position to notice the difference between the two moving experiences. With bad movers–like the company who moved it the first time–I was constantly worried that something was going to get broken or someone was going to get hurt. Not so with North Bay Movers, who are consummate professionals. I had total confidence that David and his team were moving things carefully and well so I could just relax. Plus they were clean, super-friendly, and had great attitudes. I know who I’m going to hire next time I have anything to move:

Dear David & North Bay Movers: I found your notice in yellow pages and called you for information about assisting our move from Rohnert Park...

We cannot say enough good things about North Bay Movers.  You have moved us 2 times in the last 11 years and both have been... 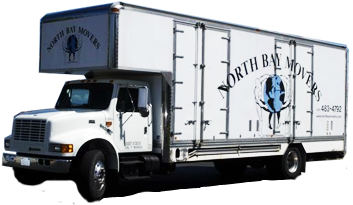